Donald Trump, the presidential frontrunner in a meeting with the African-American pastors on Monday in New York informed that none of the participants sought a change of tone. Though it was not a blanket endorsement, there were no comments on his tone. In the meeting, Trump emphasized that they want to see victory, and the mood is about winning. The campaign by Trump involved about 100 African-American pastors to endorse his language. Following the meeting, a closed press conference was called during the weekend that was canceled for reasons unknown. The media was not invited for the meeting. 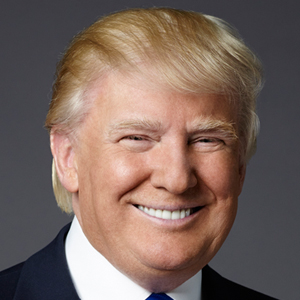 Some of the members of the group like Rev. Darrell Scott from the New Spirit Revival Center in Cleveland Heights, Ohio and Richmond region minister from Virginia Steve Parson endorsed Trump. Parson was reported saying that Trump is the best for the black community and the country in large. He added that the community wants to keep off welfare and believe that it can be done with the immense knowledge of Donald Trump. The other attendees did neither endorse him nor condemn him. They reserved their comments on what Trump earlier made that was seen as offensive.

Though one of the participants was noted as saying that Trump’s speech lacks empathy, and this is what needs to be discussed. The participant was invited by Scott. Once the activities of the meeting became public, more than 100 leaders in an open letter to the African-American community called Trump’s remarks as divisive and racist. Meanwhile, Trump in an interview with MSNBC’s Morning Joe informed that his relationship was fantastic with the people here, but they came under pressure when they heard that there was a meeting by those who disagree.

The national spokeswoman of Trump campaign, Katrina Pierson told CNN that it was not an endorsing meeting as the whole group was not endorsing him. Moreover, there was concern that they were among the pastors that were endorsing. These were some of the reasons cited for the meeting turning out into an endorsement meet. The meeting was more generic, and no one came out right to support or condemn Donald Trump for his ideologies.

This site uses Akismet to reduce spam. Learn how your comment data is processed.